We think of the world as incredibly connected. A corollary is that, with all that connection, information spreads like oil and inaccurate information will get vetted quickly. That logical assumption is daily undermined by tired old advocacy memes that were never true in the first place but which, zombie like, stagger on spreading carrion and disgust. 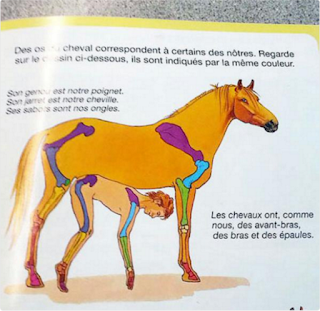 Nominally the story is about a bizarre internet meme based on a weird picture that Facebook is censoring.


Yesterday, we wrote about this viral horse picture. If you’ve been on the internet in the last few years, chances are you’ve seen a tweet or a Tumblr post or SOMETHING about this horse picture.

Before yesterday, here’s what we’ve knew about it: It’s French and it’s super fucking weird.

It’s been viewed more than a million times on Imgur, and it’s all over Reddit, like here and here.

This weird French horse is everywhere and no one knew where it came from!

Well, BuzzFeed France was able to get a copy of the original book the picture came from, which is called L’imagerie du poney et du cheval or Images of Ponies and Horses. It was published by a company called Fleurus. It was part of a collection of children’s books. 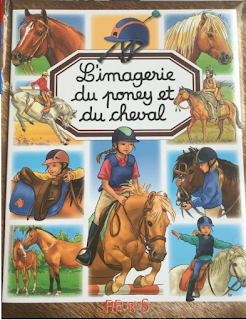 But here was what caught my attention vis-a-vis the discontinuity of information flow in a near universally connected world.


The book was published in 1998 and it’s sold about 20,000 copies every year and it was even rereleased in France in 2013. AND NO ONE EVER MENTIONED HOW FUCKING WEIRD IT IS. The publisher told BuzzFeed that no one ever even sent a letter about it.

“Obviously, we never wanted to shock our readers with that drawing,” a Fleurus spokesperson told BuzzFeed.

“We publish educational books and make realistic or explanatory illustrations. In that case, our goal was to make the child visually comprehend that the bone structure of the horse and the human being are similar,” they said. “Putting them in the same position makes the likening more understandable and concrete.”

“If this picture can be misinterpreted and thus be shocking, we will change it for the next reprint of the book, scheduled for next September,” the spokesperson said.


Holding aside the psychology that immediately sees the lewd in a children's book illustrating the bone structure (and yes, I see how people can view it that way), there is another matter that is the striking thing to me. The book has been in circulation in France for nearly twenty years, has been rereleased once and is scheduled to be rereleased a second time, sells 20,000 copies a year and it elicits not a single comment to the publisher in its home country. Meanwhile, across the Atlantic, it circulates far and wide, for much of that time generating laughter and mockery.

That means that for some perhaps five or ten years, there was some large population, likely in the millions, laughing at the illustration while there was another large population, also likely in the hundreds of thousands or millions, viewing the same image from an entirely different, educational perspective, and in all that time, those two Venn diagrams never materially intersected. At least, did not intersect to the point of someone from one Venn circle raising the alternate view to those in the other Venn circle.

Yes, people's world views are notably disinclined to change. Yes, this is a Buzzfeed article and therefore has a reasonably low journalistic quality quotient. Yes, perhaps the French publisher spokesperson might be exaggerating in saying that no one ever brought the picture to their attention.

Still, I suspect that there is enough true here to prompt speculation. I have read a reasonable amount of research about the connectedness of the internet, six degrees of connection, network theory, etc. I can't call to mind ever having read any research on the dynamics that keep pools of knowledge isolated from one another. We just assume, or at least I do, that with the potential for connection, actual connection will naturally flow. This example suggests that that assumption might be ill-founded.

What are the circumstances and dynamics which keep accessible knowledge pools with many members from connecting?